Navigating the Core Curriculum: RTI Strategies to Support Every Learner

Sneakers, planes, rockets, and boats. Getting from place to place happens with a structured itinerary, whether one is on foot, in the air, in space, or on water. Education, like navigation embraces the planning, collaboration, and knowledge. Early civilizations like the Minoans and Polynesians used the stars, wind, and ocean; Portuguese sailors also used astrolabes, and today’s modern navigators have access to all of those tools and resources, along with an array of digital ones. Despite a multitude of weather conditions, mindsets, and experiences, the navigation from place to place continues. Those of us in the field know that education is a journey that shifts and expands, however the core principles of both navigation and education value the people, tools, starting points and destinations, and the evidence-based practices. Propulsion, momentum, motivation, time, cost, and knowledge are a few variables. Barriers exist, but getting “stuck in the doldrums” is not an option in our educational waters. Navigating the Core Curriculum: RTI Strategies to Support Every Learner invites you to diminish learner barriers with a RTI process that circumnavigates the challenges.

The process need not be a complicated one, when step-by-step approaches are infused- 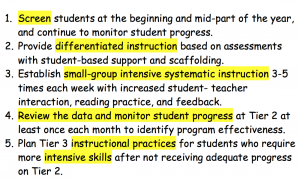 The key to pedagogically navigable waters includes responsive intervention that fine-tunes and individualizes the instructional practices to reach and teach each and every learner. Navigating the Core Curriculum includes K-12 lessons that offer multitiered systems of supports across the disciplines. The fact that some learners require stronger and more intensive interventions needs to be acknowledged and embraced. The identification of the literacy, mathematics, or behavioral levels begins the journey. The RTI process continues with the responsive instruction, student connections, staff engagements, and collaborative inquiry. Professional integrity to the students and practices propels the journey. The goal is to recognize, capitalize, and expand on each learner’s strengths. This resource offers staff applications that value collective responsibility, creativity, and critical thinking skills to reach students where they are and where they need to go. It takes several oarsmen for a vessel to safely navigate rough waters; some students require the same hands-on approach to stay afloat as they continue on their path to successful destinations. 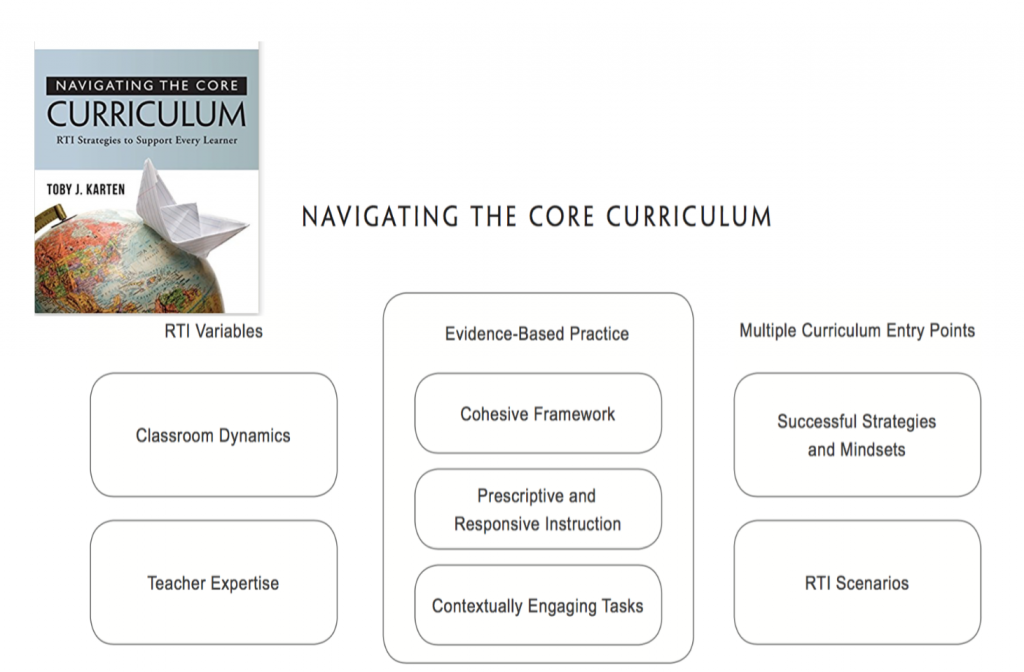 You are invited to explore more about this publication and scheduling in person professional development at your site by contacting Solution Tree.

Posted in News | Comments Off on Navigating the Core Curriculum: RTI Strategies to Support Every Learner 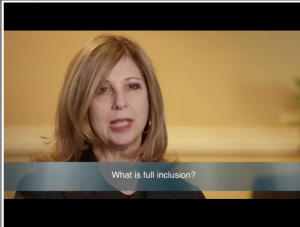 insights.  As a collective group of professionals, families, students, and communities, we need to propagate, catapult, and monitor the infusion and progression of the skills and knowledge for learners of all levels of disABILITY.  Ultimately, inclusive school environments in turn lead to  inclusive and collaborative societies that prepare each person to capitalize on his or her strengths.  Each learner is one flower in a societal bouquet. In addition, as each flower has many petals, students are complex and diverse.  Roses, tulips, daisies, lilies, orchids, and sunflowers are all flowers, but each one has its own characteristics and needs. As indicated by this video, each student is a flower, ready to bloom with the appropriate supports. However, rhetoric is just that; now let’s collaboratively “walk the inclusive talk.” Knowledge is malleable, so  I invite your feedback- http://sk.sagepub.com/video/toby-karten-discusses-inclusive-teaching

Life is filled with many surprises as we continually blow out one more candle and, sometimes not by choice, a tire as well. One thing I have learned in almost 60 years of candles is that we can only control, shall I say for lack of a better word, the stuff that we can. Although we are not responsible for things like the weather or whether the union decides to hold a job action on your scheduled training day, or if a deer is on the runway and delays your flight, we can choose to bring umbrellas and smiles.

So, a funny thing happened on the way to a professional development session scheduled for Accident, MD. Yes, you may see where I am going with this. I boarded my plane at lovely Newark, NJ, which miraculously took off on time and had a brief layover in Dulles. During my 25 minutes on the ground in Washington DC, I received a phone call from the MD hotel clerk, who asked for my approximate arrival time. She was informing me that the hotel was closing early due to hazardous road conditions. I needed to arrive before 9 pm because they were sending all employees home. Hmm…given this news, I had to make a quick decision. I either board the plane or take this as an omen to, as they say in Brooklyn (where I was born), just fuhgettaboutit!

Yes, of course I boarded the plane and arrived like a trooper at the hotel at 8:55, surreptitiously following a de-icing highway truck. I even slept later the next morning since the District had a 2-hour delayed opening. I’m heading back to Accident in 2016 and may be chancing fate, since the return plane was delayed due to an uninvited deer on the runway. Not a normal occurrence for a Jersey/Brooklyn girl, but one that generated a smile!

Another time, when stopped for a speeding ticket in New Mexico, my first Corwin book, Inclusion Strategies That Work, Research Based Methods for the Classroom (now in its 3rd edition), saved the day. Not that I’m making excuses, but I was following all laws, driving within the speed limit, until the road sign abruptly changed from 75 to 35 mph. The police officer glanced at the ISTW book sitting on the passenger seat and saw that the license he was holding matched the author’s name. Thinking that I must be someone important, he offered a verbal warning with advice to exercise more caution on my continuing travels.

My point is, we do not always choose the events, but we do choose our attitudes. I did get a tire blow out, returning from an NYC engagement, but was luckily able to safely pull to the side of the road. Life throws you a few curves as well as a few giant lifesavers – best to have your pitcher catching mitt ready! A kind driver/angel in the car directly behind me saw the whole thing happen and in approximately less than two minutes replaced the flat tire with that donut in the trunk reserved for such an unwelcoming event.

Despite these short glimpses into a few travel glitches, I continue to present in locations that are not within walking distance from my New Jersey home. If you travel a bit, you undoubtedly have an arsenal filled with funny, yet sometimes frustrating travel anecdotes as well. Ironically, I wrote this piece on an Amtrak train that was delayed four hours from NYC due to a badly burned out compressor, and required a tow to my Syracuse destination. I chose the train because on my last flight to Syracuse the plane was delayed four hours for the one hour and twenty minute flight. Who would have thunk?

Let me sum up by giving a shout out to the Memphis educators, who I was honored to collaborate with in June 2015 with Corwin Professional Learning. To boot, thanks to the Corwin sales force; the District also purchased 550 copies of my last publication, Inclusion Coaching for Collaborative Schools. The TN director reached out for me, since she remembered me from a Dallas session I presented back in 2008 for NSDC, now Learning Forward. Point is, years later, you never know the seeds that you plant and the resulting fields of flowers. The Memphis elementary, middle school, and high school teachers rocked the 12 sessions in three days of incredible learning. Appropriately so, I began my presentation with a slide entitled Rock n’ Roll Inclusion. Sidebar, I did not rent a car in Memphis, because the hotel had an airport pick up service with shuttle service provided to the training less than three miles away. To stay with the current times and this upcoming technology, I even Ubered it to Elvis Presley Boulevard. The whole experience was a dream engagement! I texted the attached photo from a cinema billboard to a friend who asked what I was doing on the day before the whirlwind TN presentations. I prefer walking outside rather than exercising in a hotel gym. Since they haven’t figured out a way to generate income from speed walking, I thought that walking was a healthy and somewhat safe thing to do. I happily discovered a fun theater and saw an excellent movie as well. As depicted in the shot below, we sometimes create the picture and sometimes we are unknowingly a part of the landscape. As an author and educator, I am honored to impact professionals in the field and ultimately the next work force generation. So, bottom line-ultimate takeaway-if you have a chance, figure out your own umbrellas, but learning and smiling is non-negotiable!

Posted in News | Comments Off on Learning & smiling is nonnegotiable:-)

I am beyond excited to share that ISTW will be released in January 2015 in its 3rd edition! The research-based interventions are connected to the CCSS.  In addition there are innumerable online downloadable interactive resources for planning, instruction, collaboration, and documentation.  As the author, I loved updating this resource.  Enjoy the read!

Posted in News | Comments Off on Inclusion Strategies That Work-NEW EDITION!

ELPH-Easy Look Up to Phone Home 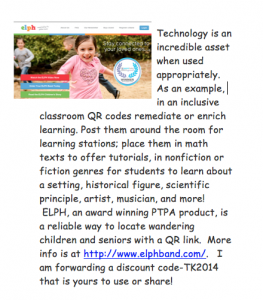 Here’s info about an upcoming November graduate course through Regional Training Center and The College of New Jersey. Strategies for a Spectrum of Learners offers educators and related staff providers practical ways to reach and teach ALL learners with the appropriate interventions across the curriculum that connect to diverse populations. Focus on differentiation, collaboration, CCSS, and most of all learning and professional growth! You also have the option of bringing this course to your school district. Contact RTC at 1-800-433-4740 for more information. 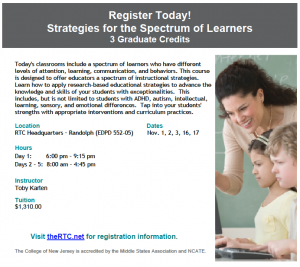 Strategies for a Spectrum of Learners

Professional development opportunity to earn 3 graduate credits from The College of NJ with the Regional Training Center. All general and special educators and related staff are invited to attend. Affirm and expand your strategies! This link offers registration information.Toby Karten SSL 2013 nj 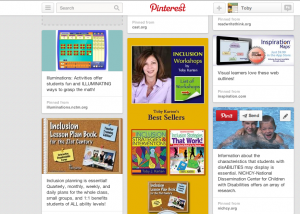 Just a few of my favorite ways to let inclusion live, be well, and prosper!:-) http://pinterest.com/tkarten/boards/